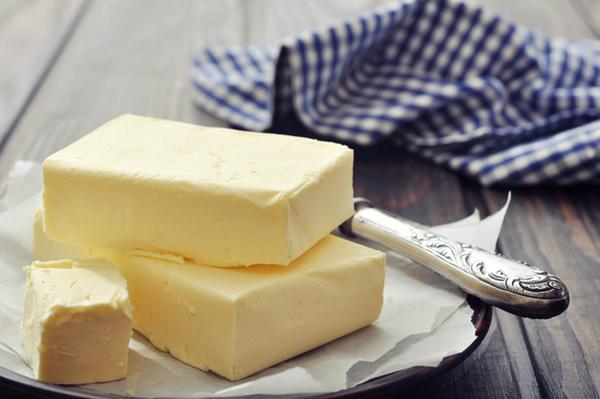 According to the statistics of the World Health Organization (WHO), the number of obese people in the world has tripled in the last 50 years, which represents a serious problem, which is necessary to intervene in a timely manner.

It’s well known that obesity is developing into a growing global health problem. In Africa alone, the number of overweight children under five has increased by nearly 50% since 2000. Obesity is a risk factor in diseases such as cancers, heart disease and diabetes.

Population shifts from rural to urban areas have also seen dietary shifts towards convenience foods containing more fat and refined carbohydrates and less fibre. These lifestyle changes have been related to the increased occurrence of obesity.

Reducing fat in foods is a challenge for the food industry. Fats make food more enjoyable. They provide characteristics such as creaminess, aroma, palatability and texture.

Most reduced-fat products just aren’t as good. But food scientists continue to look for an ingredient that can replace fat in food and mimic its desirable properties. Researchers have used chemical, enzymatic and physical means to produce different fat replacers.

As part of this work, we looked at the properties of starch–lipid complexes as fat replacers. And we tried replacing sunflower oil with these complexes to make mayonnaise.

Using maize starch and two food additives – stearic acid and monoglyceride – we managed to produce mayonnaise with up to 80% less fat, without losing its smoothness, creaminess and lubrication. The novel use of the starch-lipid complex in the production of reduced-fat mayonnaise is a great advancement in the food industry. These desirable characteristics of the mayonnaise can be ascribed to the presence of amylose-lipid complexes in the fat replacers.

When researchers design a low-fat substance, they use non-fat ingredients to replace some of the qualities of fat. There are two groups of fat replacers: fat substitutes (common examples being Olestra, Caprenin and Salatrim) and fat mimetics (gums, cellulose derivatives, starch derivatives and oat flour derivatives).

We analysed two novel fat replacers using three branches of science: rheology (the deformation and flow of matter), tribology (interacting surfaces in relative motion), and sensory science (use of the senses). We then studied the effect of using these fat replacers instead of sunflower oil in mayonnaise.

Our two lipids were stearic acid (a saturated fatty acid found in nature) and monoglyceride (a molecule of glycerol linked to a fatty acid, naturally found in seed oils). We added them to maize starch, using wet-heat processing. This involves mixing the maize starch and the lipid with water and heating it while stirring constantly in a special piece of equipment. We tried a few different levels of oil replacement – zero, 50%, 80% and 98%.

When starch is cooked in the presence of other ingredients such as lipids, complexes are formed between one of the major components of starch and lipids. They are known as amylose-lipid complexes and they have useful functions in food processing. For example, they prevent water from appearing on the surface of yoghurt and they reduce the thickening of starch products when they are cooled and stored.

We found that our two fat replacers did not form gels on cooling. And they were glossy, smooth, creamy and easy to swallow, with good lubricating characteristics. They made good mayonnaise. This is because of the formation of amylose-lipid complexes when the lipids were added to the maize starch.

Cooking maize starch without adding lipids would cause molecules to bond and form a firm gel. The amylose-lipid complexes result in a non-gelling paste.

The complexes are ultra-fine in size and have a higher volume to surface area ratio, forming a lining in the mouth. This makes the fat replacers better at lubricating the tongue and palate. It creates a sensation of smoothness and creaminess in the mouth.

Finally, the amylose-lipid complexes in the fat replacers stabilise the fat droplets in the reduced-fat mayonnaise. They prevent the emulsion from becoming runny. Mayonnaise would lose its thickness and spoonability if the fat content was reduced below a certain level without replacement.

The fat replacers can be used to replace sunflower oil to produce reduced-fat mayonnaise-type emulsions with good lubricity without significantly compromising sensory perceptions of smoothness, creaminess, melting and mouth-coating. The thickness and mouth-coating ratings as sensory properties can be correlated with measured rheological properties. Perceptions of creaminess and oiliness have been correlated with tribological properties.

These novel fat replacers can be produced on a large scale and used as ingredients in commercial applications. Designing low-fat foods that are as good to eat as high-fat foods can help to prevent diet-related diseases such as obesity.